Home » Insights » A DEEPER DIVE INTO THE IMPACTS OF SEVERE WEATHER

The impacts of climate change are various and far reaching. They can touch so many aspects of life and communities that it’s worth a deep dive to discuss the implications of severe weather events. This unfortunately is not an exhaustive list but even just reviewing the most common weather event types – it is shocking how pervasive the impacts of severe weather can be.

Droughts can cause several negative impacts to the health and safety of communities. Reduced water flow in rivers and streams can concentrate pollutants, threatening the quality of water used for drinking and bathing. Wildfires brought on by drought can expose nearby communities to smoke, which can aggravate chronic respiratory illnesses. The rising heat of wildfires can suspend fine particles and gases from the smoke. In the jet stream, these pollutants can travel thousands of miles from the burn site. Wildfires that burn in populated areas can melt plastic water pipes and cause contamination of water systems with carcinogens.

Simply having high heat can cause health problems too. Hot and sunny days can increase the production of ground-level ozone, a harmful pollutant that creates smog, which can damage respiratory systems and is very harmful for those with asthma. Extreme heat is one of the leading causes of weather-related deaths in the United States, killing an average of more than 600 people per year between 1999-2009. National Oceanic and Atmospheric Administration (NOAA) has determined heat waves as six of the top 10 deadliest U.S. disasters since 1980. The deadliness of high heat days is due to the increases in heat stress and heat-related illnesses, including cardiovascular and respiratory complications and kidney disease.

Excessive precipitation can also affect health by degrading water quality which harms humans and ecosystems. Stormwater runoff, which often contains pollutants like heavy metals, pesticides, nitrogen, and phosphorus, can end up in lakes, streams, and bays, damaging aquatic ecosystems and lowering water quality for human use.

Like other violent storms, tornadoes can disrupt infrastructure vital for human wellbeing while also posing an immediate risk by strong winds and debris that is caught up in winds. 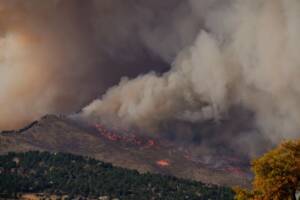 In 2010, around 20 inches of rain fell in the Nashville over three days. Losses in Nashville alone totaled more than $1 billion due to flooding. Heavy precipitation also increases the risk of landslides. When above-normal precipitation raises the water table and saturates the ground, slopes can lose stability, creating a landslide. Losses from landslides in the United States per year rose from $1 billion in 1980 to currently between $2 billion and $4 billion based on U.S. Geological Survey estimates.

Hurricanes are also causing increasing costly damage. Four of the ten costliest hurricanes on record in the United States occurred in 2017 and 2018. Hurricane Katrina maintains the highest hurricane associated cost on record at $168 billion (2020 dollars).

Likewise, Tornadoes cause billions of dollars of property damage a year. The costliest year on record for tornado damage was 2011, when seven tornadoes and severe weather in total caused $28 billion in damage.

Increased costs can also be in the form of combating extreme weather events, not just the recovery. U.S. Forest Service fire suppression expenditures alone has increased to more than 50% of the agency’s appropriated budget in 2017. Nationwide suppression costs in 2018 ballooned to $3.1 billion, while state wildfire expenditures have also increased substantially. 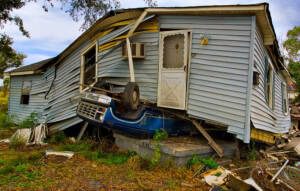 During droughts, communities may have limited access to water for household use, including drinking, cooking, cleaning, and watering plants, as well as for agriculture, transportation, and power generation. Droughts may lead to higher water costs, the need for rationing, or even the decimation of important water sources like wells.

Weather events that even produce rain can threaten water supply. Hurricanes can cause disruptions to water supplies by damaging water and power infrastructure. 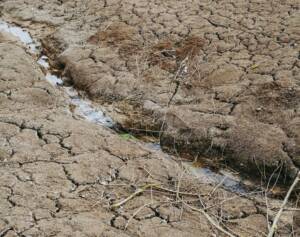 Droughts affect livestock and crops, including corn, soybeans, and wheat. At the height of the 2012 drought, the U.S. Department of Agriculture declared a natural disaster over 2,245 counties, 71% of the United States. Globally, drought struck several major breadbasket regions simultaneously in 2012, adding to food price instability. In countries already facing food insecurity, cost spikes can lead to social unrest, migration, and famine. 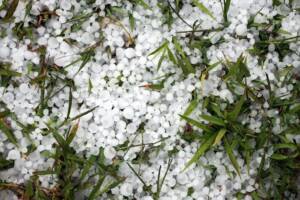 Droughts can lower river water levels, threatening commerce on rivers like the Mississippi. Transport barges need at least nine feet of water to operate, and to maintain this level, the U.S. Army Corps of Engineers had to blast, dredge, and clear obstructions on a key stretch of the Mississippi in 2013. Drought is also often accompanied by extreme heat, which can buckle roadways, ground planes, and warp public transit cables. Drought-fueled wildfires also have repercussions for travel by closing roadways and railroads and grounding planes when smoke is thick.

Severe storms and hurricanes create delays in transportation as they simply are too violent to navigate by car or plane. Worse case, these storms can actually damage the infrastructure like roads and bridges that are required for transportation. 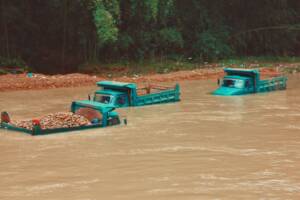 Droughts can raise concerns about the reliability of electricity production from plants that require cooling water to maintain safe operations. Hydroelectric power may also become unavailable during droughts. When heat waves coincide with droughts, electricity demands can grow, compounding stress on the grid.

While higher summer temperatures increase electricity demand for cooling, at the same time, they can lower the ability of transmission lines to carry power, leading to failures like rolling blackouts during heat waves. In addition, as rivers and lakes warm, their capacity for absorbing waste heat from power plants declines. This can reduce the thermal efficiency of power production, which makes it difficult for power plants to comply with environmental regulations regarding the temperature of their cooling water and could lead to plant shut-downs.

Severe storms such as hurricanes often threaten energy infrastructure such as the electrical grid which can cause thousands of people and businesses to lose power for several days at a time. 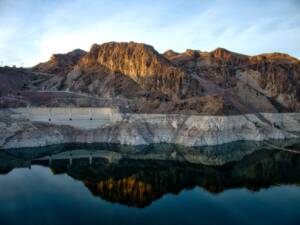 While there may be no way to stop severe weather events as they are happening, it is possible to better prepare for them. Being able to confidently forecast or monitor weather events as they are happening can mean better warnings and better allocation of response resources – all of which can mean moderating the extent of costly damage and, more importantly, prevent serious injury or death.